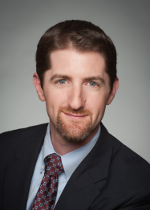 Mr. Newman was appointed to President of HealthTronics in February 2014.  Previously, Mr. Newman served as Vice President and General Manager for HealthTronics' General Urology Solutions, a position which he was appointed to in September 2011.  Mr. Newman joined HealthTronics in 2008 as a Senior Financial Consultant and was soon promoted to Director of Business Planning & Operations. Prior to joining HealthTronics, Mr. Newman held various finance positions with Dell, Inc., where he was recognized for his outstanding performance through nominations in the CFO Award program and participation in the CFO Finance Rotation Program. Prior to Dell, Mr. Newman held positions of increasing responsibility with Arthur Andersen and Property Crossing LLC. Mr. Newman holds a Bachelor's degree in Business Administration and a Master's degree in Professional Accounting from The University of Texas and is a licensed CPA.